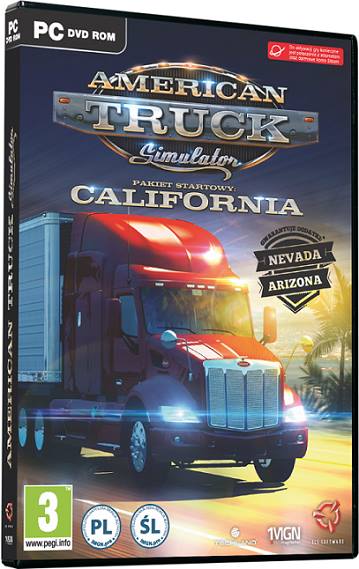 American Truck 2017 game series is based on life simulation and vehicle driving game Euro Truck Simulator 2017 is also has same gameplay but with different location and features are not common the ATS California has big maps and routes which are larger than old version by 80% player move different states on California and Nevada and Arizona.

The player can make a company of transportation and start logistic, courier, and delivery business and take orders, contract to deliver and send verity of goods, like Cars, Electronics, heavy machinery, construction equipment.

Player have to complete vendor orders on time deliver goods to customers after completion of project you will earn decided money which you can use to buy more trucks, refill gas or petrol, you can purchase land warehouse to build big company after that you can hire more driver and buy new trucks which can carry big items like aeroplane, trains engine equipment which can pay you more experience points and generate more income. When you are a perfect driver you are able to deliver sensitive items such as chemicals and glass you can make a huge profit.